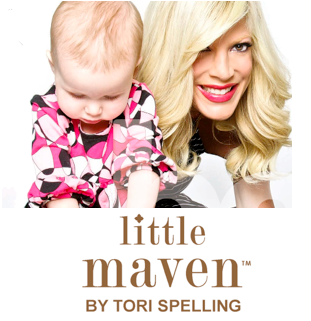 ,” to air in Spring, 2010. The announcement was made today by Amy Introcaso-Davis, Senior Vice President, Original Programming and Development for Oxygen Media.

Last season, “Tori & Dean: Home Sweet Hollywood” became Oxygen's most watched season among A18-49, W18-49 and total viewers. In addition, the series finale marked another Oxygen first, delivering over one million viewers in the key A18-49 demo and making it the network’s most watched telecast ever. Also, the “Tori & Dean” microsite at tori-and-dean.oxygen.com saw triple digit growth over the course of season four with a 111% increase from the premiere to the finale.

“Tori and Dean have become the Hollywood family next door,” said Introcaso-Davis. “We're excited to bring back the adorable family that so many Oxygen viewers love to follow.”

"This has given us the amazing opportunity to reach our fans who have become our friends in such an intimate and unique way. It’s an honor to bring our living room into theirs,” said Tori Spelling.

In previous seasons, fans witnessed how the dynamic duo balanced their Hollywood life while catering to their two children. In the new season, Tori and Dean will offer an even closer look into their family life and at their own relationship, which will include a first ever Spelling-McDermott cross-country family road trip.

With over two decades in the entertainment industry, Tori Spelling is an accomplished actress with a career spanning both television and film. Spelling shot to stardom playing Donna Martin on the acclaimed drama series “Beverly Hills 90210,” and recently reprised her role the CW spinoff series “90210” this spring. Following her time on “90210,” Spelling returned to movies, switching effortlessly between mainstream hits such as “Scream 2” and “Scary Movie 2” and acclaimed indie performances in movies such as “50 Ways to Leave Your Lover,” “Trick” and “The House of Yes.” Spelling also served as lead actress and executive producer for the scripted comedy series “So NoTORIous,” loosely based on her own life. In April 2009, Spelling published her second memoir Mommywood. The book is a follow-up to her New York

Times bestselling memoir, sTORI Telling, but focuses on her life as a mother. sTORI Telling was published in March 2008 and debuted at #3 on the New York Times Best Seller List and moved up to #1 spot in September 2008. Spelling has two children with her husband Dean McDermott, Liam Aaron and Stella Doreen.

Dean McDermott is a veteran film and television actor who has had starring roles in such series as “1-800-Missing” and “Due South” as well as the Kevin Costner directed motion picture “Open Range.” He also has made numerous television guest appearances on such popular programming as “The Closer,” “NCIS” and “Without a Trace.” McDermott was recently seen in the TV movie “The Housesitter,” where he reunites on camera with his wife Tori Spelling. McDermott will next be seen starring in the Hallmark Channel’s TV movie “Always and Forever” as well as the ABC Family original movie sequel “Santa Baby 2.”

The couple created the show and executive produce the series along with Fenton Bailey and Randy Barbato of World of Wonder Productions. Richard Courtney and Robert Sizemore serve as co-executive producers.

Little Maven by Tori Spelling Coming Soon in your online store on www.lepetittom.nl 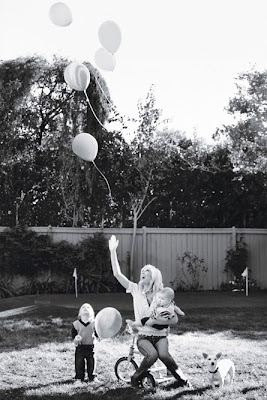 PSSSTTT.... Juicy Couture Buggy MacLaren Coming Soon to the Le Petit Tom ® Store . The most wanted Stroller on the planet for the Royal Princess.